Our multi-disciplinary team of leaders, innovators, and specialists deliver simple and hassle-free financial solutions tailored to the independent auto industry. 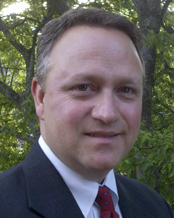 Mr. Croft has served as Meridian’s President since its founding in 2007.  He guides the company’s strategy, vision, and day-to-day operations.  Mr. Croft has led the company from its inception to achieve unparalleled results.  Prior to forming Meridian, he was Vice President of Retail Lending for one of the Southeast’s largest banks, Regions Bank, and held that position for five years.  At Regions, he managed the centralized credit center.

Before his tenure at Regions, Mr. Croft was employed for over 10 years with Mercury Finance, a large auto finance and consumer lending company.  Starting as an Assistant Manager in the Chicago area, Mr. Croft was rapidly promoted through the ranks to Branch Manager, Regional Director, and finally Regional Credit and Sales Manager.  During this time, he performed many tasks, including starting a new branch from scratch, turning around multiple underperforming branches, and overseeing the conversion to a more centralized credit and collection operation.  Over his career, Mr. Croft has run auto finance operations in Illinois, Indiana, Missouri, Kentucky, Tennessee, Mississippi, Georgia, and Kansas.

Mr. Croft graduated from The University of Illinois at Urbana–Champaign with a degree in Economics. 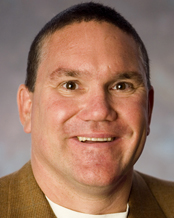 Mr. Haynes is CEO and Co-Founder of Meridian. In this role, Mr. Haynes leads the company in investor relations, fundraising, corporate and legal matters, finances, and operations. He lives in Nashville, Tennessee, and practices law in the areas of mergers & acquisitions, real estate, commercial finance, intellectual property, and land use.  He graduated Phi Beta Kappa and summa cum laude from Vanderbilt University.  Upon graduation from University of Texas Law School in 1989, Mr. Haynes went to work for Boult Cummings, Connors and Berry, PLLC, now known as Bradley Arant Boult Cummings LLP (BABC), and was named a partner at that firm in 1996. While at BABC, he represented Oaktree Capital Management, LLC for over 10 years in a variety of matters. Mr. Haynes has also represented Motricity from its early days as a start-up in 2002 until his departure from BABC. From March 2007 through September 2008, Mr. Haynes was General Counsel to Motricity, whose lead investors were Carl Icahn, NEA, and other nationally recognized venture capital firms. In August 2010, Motricity had a successful IPO on the NASDAQ. Mr. Haynes left BABC at the end of September 2012.

Additionally, Mr. Haynes has co-founded multiple successful businesses.  In 2007, he co-founded Meridian Buyers Group, and the company’s profits have, on average, more than doubled each year since inception. Mr. Haynes also co-founded and is general counsel for a group that has purchased six multi-family properties (valued above $30 million) since September 2010. Each property has met or exceeded the net income projected for the same. Mr. Haynes has other investments, business interests, and clients of his legal practice. 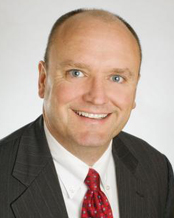 Mr. Sullivan has served as Meridian’s CFO since its founding in 2007.  Mr. Sullivan works closely with management and Meridian’s external financial partners to execute the financial and accounting functions that are integral to the company’s success. Mr. Sullivan also serves as the Regional CEO of the Nashville Area Chapter of the American Red Cross.  He oversees staff at nine chapters, encompassing 62 counties and over 8,000 volunteers. Prior to accepting his position in March 2010, Mr. Sullivan was an active volunteer with the American Red Cross.

Mr. Sullivan graduated from Auburn University with a Bachelor’s Degree in Accounting.  Over the past 22 years, Mr. Sullivan has served as the CFO of SouthTrust Bank, led numerous entrepreneurial startups in diverse industries, and held many community leadership positions. His entrepreneurial skills were honed as owner of Sullivan Concepts, a company that focused on assisting new companies and struggling companies with their vision and process improvement.  His proven “medical model” concept has helped numerous companies identify, implement, and measure processes for improvement. 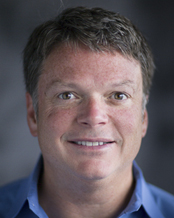 Mr. Andrews is an original founding member of Meridian and brings an unparalleled breadth of knowledge and expertise to the company. He is also the founder of Andrews Capital, LLC, where he handles asset management, investment, and development of commercial real estate. With over 25 years of experience in commercial real estate, he has handled over 18,000 apartment units and four million square-feet of retail space. His company’s investments now span from Tampa, Florida, to Seattle, Washington, with a particular focus on the Southeastern United States.

Mr. Andrews received his BFA from Southern Methodist University. Frank has four children and his hobbies include golf, tennis, racquetball, unicycling, juggling, and snow- and water-skiing.